Rugby has been a huge part of Sean Lindersmith’s life for nearly two decades, so when the chance arose to pick up coaching tips in England – he jumped at it.

The 39-year-old from Minneapolis, Minnesota, had a four-year stint as the team manager for the USA Eagles up until 2016 – getting the chance to see the sport internationally, but also be around the game he loves.

Lindersmith, who now is working in events management, picked up the sport when he was in his early 20s while he served as an engineer in the United States Coast Guard.

He was brought up on his homeland’s more traditional past-times like baseball and American football, so only took up the game when he was an adult.

Now he coaches and is a selector for men and women’s United States Coast Guard Bears, whilst also acting as forwards and attack coach for the men’s rugby team at University of Minnesota. Meaning the Premiership Rugby Scholarship Programme was a golden opportunity.

“I had heard rumours about Premiership Rugby running a programme and thought it would be extremely valuable in terms of knowledge and experiences,” explained Lindersmith.

“Working in professional sports management as well as being a coach meant the course was an asset for me as well as a huge chance for me just as a fan of the sport.”

Lindersmith, who also previously worked as executive director for Minnesota Youth Rugby, travelled to England earlier this year and was not disappointed with what he found.

He was part of a cohort of players and coaches to travel from the US for the once-in-a-lifetime chance to learn about coaching techniques, video analysis and team cultures from those who do it day in day out at Premiership Rugby clubs.

The initiative is run by Premiership Rugby in partnership with the Friends of the British Council and USA Rugby and aims to grow the sport in the US.

The sessions with coaches from Harlequins, London Irish and Saracens have already changed the way he works with players.

“At Harlequins we learnt about how to build players’ decision making around the field,” he added. 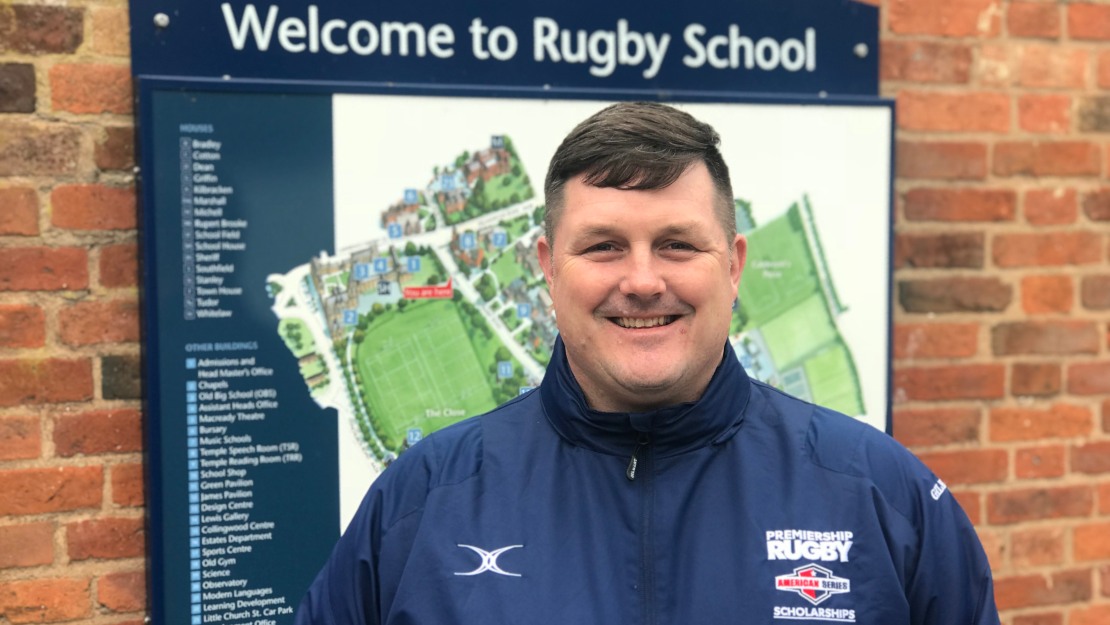 “I now let things play out naturally and let them sort through it. I’m from a traditional American background where the work is a lot of repetitions.

“It was hard for me at first because I was used to getting involved, but slowly I’ve adapted and my players have benefited from it because they are more involved in the decision-making process.

“They’re creating solutions to problems in game which I would not have even thought of.”

Lindersmith said he could not recommend the programme any more highly, in terms of rugby skills and personal development.

“It was also great to work with other American coaches from other parts of the country.

“I’m honoured to be one of the standard bearers from the Premiership Rugby Scholarship programme and I’ve been having chats with a lot of people about passing on the information we learned.”