Jennifer Jones signed up for a chance to travel to the UK for the Premiership Rugby Scholarship programme, in hope rather than expectation of actually securing a place.

Yet the New Jersey native was awarded a spot and had to miss a crucial club game for the opportunity of a lifetime, as her Monmouth Renegades faced Detroit in the Gold Cup.

Fortunately, the Renegades triumphed without her, so missing out did not prove costly and allowed her to revel in the Premiership Rugby Scholarship experience – a ground-breaking initiative run in partnership with the Friends of the British Council and USA Rugby that aims to grow the sport in the US.

And Jones admits the club have benefited in the long-run anyway, after the course renewed her passion for rugby coaching.

“I applied for the programme and thought I could pick up some tips on how to be a better coach,” she said.

“But it really reinvigorated my passion for coaching the sport. It was beginning to feel like a second full-time job and I was not as engaged.

“Then I did the course and I was refreshed with how I wanted to work with the players.”

Jones, 34, initially took up rugby when she started at The College of New Jersey.

She had played basketball and softball growing up and was lucky she chose a sport she quickly fell in love with.

“Someone suggested rugby to me and I didn’t know what it was but as soon as a started, I was hooked,” Jones added.

Once Jones left university she kept playing and joined Monmouth Renegades, where she featured mostly at prop. 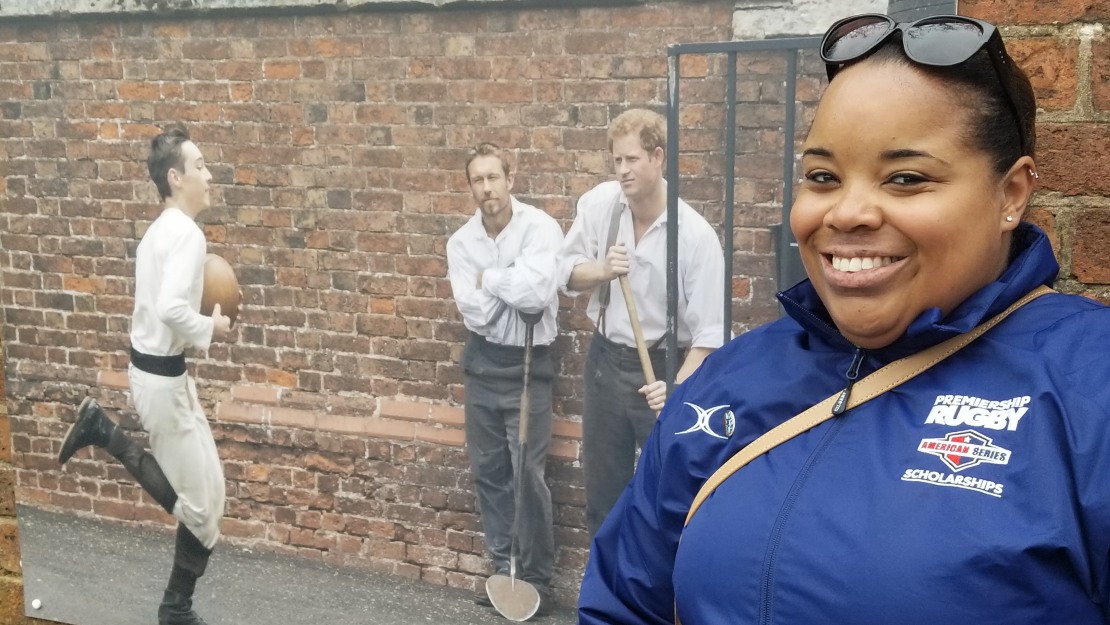 Then she began taking on coaching responsibilities and she enjoyed it so much she became involved with Rutgers University women’s team – being appointed head coach.

She was one of 14 coaches given a chance to learn from the best in rugby’s home country and claims it has changed the way she works with her teams during matches and training – taking note of the contrasting styles of UK and US coaches.

“In America you see a lot of high-level coaches shouting at their players on the sidelines,” Jones explained.

“I now tend to be more positive when I work with players. I’m standing there, and I am observing what’s going on. I’m trying to give them more ownership of what they are doing.

“I leave them to learn rather than telling them what to do. It gives them a chance to think it through.

“The Scholarship programme also helped me build a network of coaches in US and we share ideas regularly, bouncing our thoughts off each other. It was a resource I did not have before.”

With applications for next year’s scheme now open, Jones says she could not recommend the Premiership Rugby Scholarship programme highly enough.

She added: “It opens your eyes and gives you a host of new experiences and friendships.

“It’s a great chance to learn from enthusiastic and supportive coaches in England, who made it such a positive course.

“The coaches told us rugby culture as a whole is about positivity and I think any coach going over to do the programme would benefit from learning about that.”

Are you a US-based coach? Would you like to win a Premiership Rugby Scholarship and win a trip of a lifetime like Jennifer? See all the details at www.premiershiprugbyscholarships.co.uk