The 26 coaches represent 19 different states with winners travelling from five new regions for this initiative: Alaska, Arizona, Connecticut, Iowa and Ohio. This will be the fourth cohort of coaches to visit from the US, traveling across the pond in April.

The programme, run in partnership between Premiership Rugby, FOBC and USA Rugby, provides the coaches with a comprehensive introduction to the workings of four Premiership Rugby Clubs, as well as taking them through their USA Rugby Level 300 coaching qualification.

Highlights of the trip will be visits to Bath Rugby, Bristol Bears, Gloucester Rugby and Worcester Warriors to meet the members of the coaching teams and playing squads.

“It’s incredibly exciting for these individuals to experience what is so much more than coach education, but also a valuable cultural exchange,” said USA Rugby Director of Training and Education, Kenny Forehand.

“The Premiership Rugby Scholarships have continually been a major value to coaches growing within USA Rugby, for which we express our sincerest appreciation to Premiership Rugby, Friends of the British Council and all partners for their support of this program.” 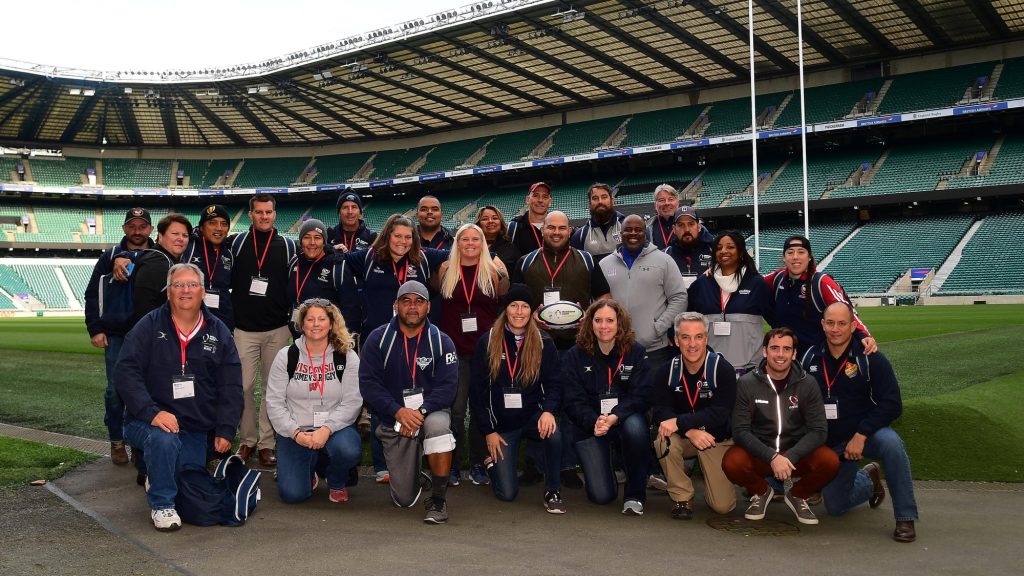 “We want to thank all those brilliant coaches that have applied for this amazing coach education experience. Our hope is to partner with additional like-minded organizations to ensure this initiative is sustainable.”

“Congratulations to the latest group selected! You’re going to have a brilliant time in England.”

Almost 100 coaches have spent time in the UK with top-tier English clubs including Leicester Tigers, Saracen, Northampton Saints and Wasps.

The 26 Premiership Rugby Scholarship winners are:

While in the UK, the coaches will spend time with the professional set-ups at Bath Rugby, Bristol Bears, Gloucester Rugby and Worcester Warriors, taking part in rugby coaching and classroom sessions. They will all be taken through the Level 300 coach training course, which is delivered by Premiership Rugby clubs and USA Rugby.

The coaches will also learn about – and see in action – Premiership Rugby’s award-winning community programmes, which use rugby to create positive social impact. Each programme is designed to tackle specific areas of society, engaging people across a wide range of backgrounds and age groups in increasing physical health, improving education and training, and tackling social isolation.

Premiership Rugby’s Community and CSR Director Wayne Morris said: “We’re very much looking forward to welcoming our latest Premiership Rugby Scholarship winners in April. They will all experience a once-in-a-lifetime opportunity and we are proud to support the development of USA rugby coaches and what they can in turn deliver to their rugby communities.

“We immerse them in English rugby culture. They will meet Directors of Rugby, players and coaching staff and receive unprecedented access to some of the best rugby minds in the country.

“In addition to the experiences they will have while here in the UK, we ensure the coaches receive long-term mentorship through an online coach education platform so they can continue to develop their skills and support their rugby communities back in the USA.”

We would like to extend our thanks to all of our sponsors that have generously contributed to the initiative: